The author of the New York Times bestselling The Little Giant of Aberdeen County returns with a magic-tinged tale of dreams, family secrets, and betrayals on a New England salt farm.

In the isolated Cape Cod village of Prospect, the Gilly sisters are as different as can be. Jo, a fierce and quiet loner, is devoted to the mysteries of her family's salt farm, while Claire is popular, pretty, and yearns to flee the salt at any cost. But the Gilly land hides a dark legacy that proves impossible to escape. Although the community half-suspects the Gilly sisters might be witches, it doesn't stop Whit Turner, the town's wealthiest bachelor, from forcing his way into their lives. It's Jo who first steals Whit's heart, but it is Claire--heartbroken over her high school sweetheart--who marries him.

Years later, estranged from her family, Claire finds herself thrust back onto the farm with the last person she would have chosen: her husband's pregnant mistress. Suddenly, alliances change, old loves return, and new battle lines are drawn. What the Gilly sisters learn about each other, the land around them, and the power of the salt, will not only change each of their lives forever, it will also alter Gilly history for good.
Show More
Show Less 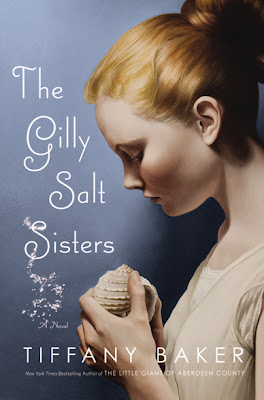 At the start of this book, I had a hard time connecting with the narrative. What threw me the most was the book is set around 1980, but the author doesn't own up to that and leaves it to the reader to figure this out for herself. Nothing would've been lost, if the "present" year of 1980 was given to help the reader connect more quickly to the events as they unfolded.

In the beginning of the book, it's mentioned how the Gilly women are outcasts, yet that concept is never fully explained. Is it becasue they're poor? Is it because they work on a salt farm? This line is not addressed either, "Although the community half-suspects the Gilly sisters might be witches," . To say the salt is magical and predicts the future isn't enough.

My biggest issue is that the author loses track of the information she provides to the reader. She seems to have the most problems in remembering the ages she gave her characters when certain events happened in their lives.

The ending was a little weird. I know you should suspend your disbelief when reading fiction, but I found the end too unprobable and too easily tied up into a bow.


I'm linking up to Ricki at Art @ Home for Literary Friday.

Thanks for reading!
~Michelle

Michelle
Welcome to Que Bella, where I chat about all the things I love. Flea markets and yard sales are my favorite places to find treasures. I love scrapbooking, poetry, collaging & journaling. Oh, I so love to read. I don't think twice about spending hours at a bookstore or library. Time seems to fly by once I'm surrounded by books. 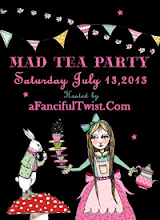 Hosted by A Fanciful Twist 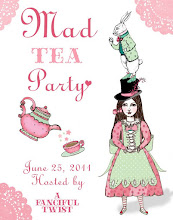 hosted by A Fanciful Twist